The home of John Harrison, dog trainer / behaviourist on The Wirral. Honesty and integrity are the beating heart of our business. Your dog and its welfare are the highest priority

Together with my wife Joan we also run a walking service in our home town of Heswall. 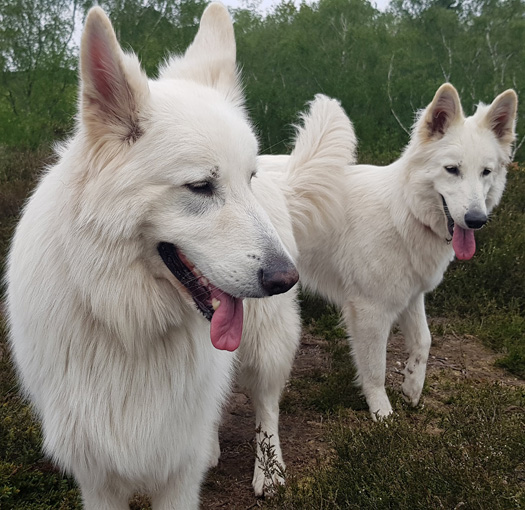 Your Dog is our priority

Top Dog House - Because your dog deserves the best!

Having over 14 years experience in behavioural and dog walking aspects of the pet dog industry. Top Dog House puts your dog first!

They keep coming back

Our customers love us

From Behavioural modification to dog walking we only get the best customers!

Made more progress in one session with John than we have in the countless other 'training' sessions we've had🙌 he's given us the tools and knowledge to work towards a much calmer and balanced household for both us and the dogs🙏 super easy to talk to and understand. Is always their to make sure you're on the right track and help if your struggling in any way. 100% recommend John if your in need of a GOOD dog trainer!!

John is absolutely fantastic! We would definitely recommend him, he really understands how dogs work and even in the first hour we saw a massive difference in our very typical Jack Russell. John was so helpful in helping us to retrain our dog especially with a new born on the way. Thank you so much!

John and Joan are the most lovely people you can meet. I am so pleased that I found them to look after my dog Charlie when I go away, it is home from home, in fact so much so that Charlie doesn’t want to come home. John has also helped me so much with Charlie’s behaviour, he understands how dogs work and knows how to rectify and control unwanted behaviours. I recently went on a pack walk with him which I found amazingly helpful. I really can’t recommend Top Dog House enough, nothing is too much trouble and you know your dog is in the best possible hands. I wouldn’t send Charlie anywhere else.

John is a fantastic trainer, he and his wife helped us with our dog having behaviour problems. I can really recommend Top dog house. My dog had an overnight stay and he was really cared for. Very understanding people.

We met John through our local animal welfare centre (he supports in his own time) and he actually picked up a rescue Doberman on their behalf that became our pet.

We were so overwhelmed at the beginning and needed some professional advice on how to help settle her in; the basics of providing, a guarding breed like her, leadership, structure and security. We were concerned about how our existing dog would react as he is still a puppy and quite wilful! John came round & spent time guiding us with how to get started. He spent a lot of time, genuinely interested in the dogs and making a difference. He was such a reassuring, experienced voice right when we needed him most. Very down to earth.

It is clear from his years of experience with lots of different dogs (rescue &non rescue) that he is teaching from ‘been there & done that’ as opposed to just theory!

Would recommend him in a heartbeat, wished he lived closer as would have him walk my two burly dogs any day of the week! I believe he does boarding too, would not hesitate to entrust him with our extended family if he’d have them, (they are a handful)!

If you have a dog with some challenging behaviours & are prepared to put the work in then John’s your man! Thank you John.

A few of our regulars...

Checkout our Facebook Page Now!
We use cookies to ensure that we give you the best experience on our website. If you continue to use this site we will assume that you are happy with it.Ok